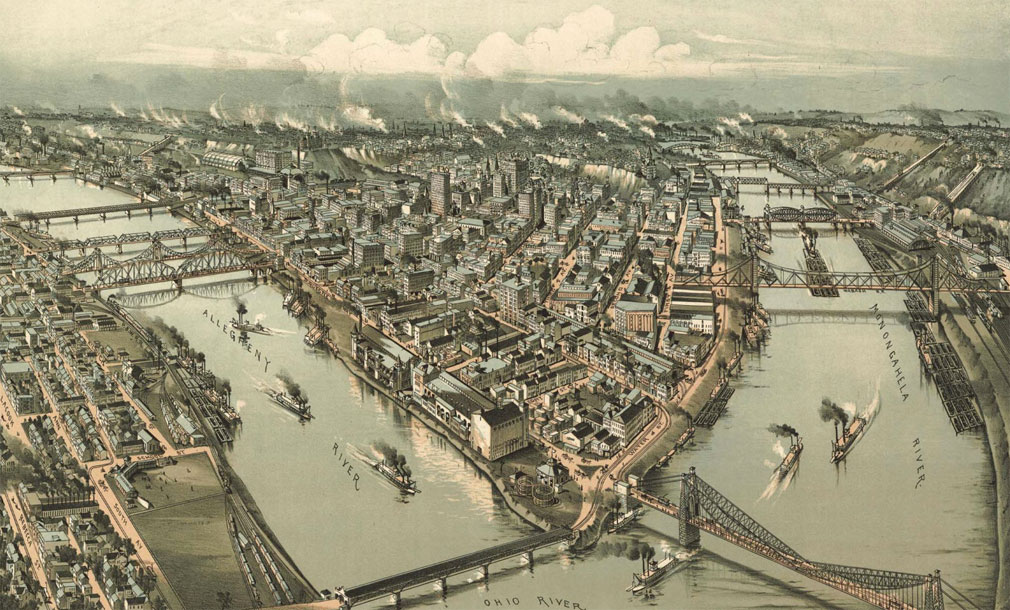 Calvary Rises Out Of The Ashes

One of the largest churches in Pittsburgh during the late 1800's was Christ Methodist Episcopal Church located on Penn and 8th in downtown Pittsburgh. Not only was this a church, its legacy was one of business and education. Not only education, but women’s education which was not a theme people paid attention to at that time. The church built a women’s college, and it became one of the largest women’s colleges in the United States. By 1880, over 460 students were enrolled.

In May of 1891 tragedy struck when a fire burned the entire block. They were unable to contain it like they are today. The college, church, and the peripheral buildings were completely destroyed. Later that month, the congregation met to decide on what to do. The following quote from the minutes of that very meeting set the wheels in motion – "We refuse to rebuild in the midst of dirty, filthy Pittsburgh".

Now if you think about the city of Pittsburgh in the context of the late 1800’s, it was pretty filthy. Everywhere there was smoke, smog, factories, railroads... it was not the residential city it is today. The Ohio, Monongahela, and Allegheny Rivers were lined with factories. At that time, Pittsburgh was essentially a factory, and it was one of the largest manufacturing cities in the world.

However, with all of this filth and dirt, there also came great wealth. Allegheny City was built by millionaires, and the area that Calvary was built was known as "Millionaire’s Row". By the 1870's and 1880's there were more millionaires living in a one-square mile radius (Allegheny City) than anywhere else in the world.

But, getting back to the meeting... In the same minutes mentioned before, it indicates that the congregation decided to split and move to the "suburbias". Calvary was built in one – Allegheny City, and the other – Shadyside. Over 3/4 of the Christ Methodist Episcopal Church congregation went to Shadyside to build our sister church – First United Methodist Church. The remaining, only 154 people, pulled together their resources and raised over $245,000 to build a church of their own in Allegheny City. In 1893 they bought a duck pond and a skating rink – the very land that Calvary is sitting on today.

An architect was hired, a local boy who worked for the Heinz family and was born and raised in Sewickley, a man by the name of Thomas Wolf. They sent him to France. He came back with drawings of the churches of Europe, drawings that contained designs of a 13th century Gothic Cathedral. The church he designed for Calvary is called a Parlor Cathedral. They call it a "Parlor" Cathedral because it is patterned after the cathedrals of Europe but is only 1/10th the size.

In the spring of 1892, the congregants also hired a young, up-and-coming artist named Louis Comfort Tiffany to design the windows. They contracted him for $15,770 to create 189 windows. The windows were the largest and most expensive commissions to Louis Comfort Tiffany at the time. When the windows were installed in 1895, Calvary then had three of the largest Tiffany windows in the world.

Some of the people that helped build Calvary were Joseph Horne, CB Shea, The Jones Family, and the Scaife Family. Joseph Horne, the founder of Hornes department stores, was the chair of the Trustees for Calvary. Sadly he passed away a year and a half before the sanctuary was opened. CB Shea, Horne's financial partner, gave a personal note in the amount of $62,000 to the construction of Calvary. The Jones Family, of Jones & Lauglin Steel, are responsible for the building of the Hot Metal Bridge. The Jones & Lauglin Steel enterprise, originally producing only iron, began the production of steel in 1886. Over the ensuing 60 years, the company expanded its facilities and its operations along both sides of the Monongahela River and along the Ohio River. The Hot Metal Bridge across the Monongahela River was built to connect the blast furnaces on one side of the river with the rolling mills on the other side of the river. The Scaife Family were heirs to the Mellon banking, oil, and aluminum fortune.

The cornerstones for both Calvary and its sister church, First United Methodist Church in Shadyside, were laid by Bishop Fowler the same day on May 18, 1893. It would take four years to finish building Calvary. They didn’t have the machinery that we do today - the work was done with horses and pulley’s. Although the first service was held Christmas Eve in 1893 in the chapel, the sanctuary was not finished and wouldn’t be for another two years. The building was completed in June of 1895. The Pittsburgh Symphony was also formed in 1895, and one of the first conductors of the symphony played the organ in the Calvary sanctuary for the first time.

Architecture Inspired by the Cathedrals of Europe

Calvary is the legacy of leading Pittsburgh Victorians who turned an ice skating pond into a masterpiece. It is as interesting and inspiring as any of the finest Cathedrals in Europe. Elaborately decorated spires, louvers, gargoyles, geometric designs, St. Andrew's Crosses, angelic faces carved into the Cleveland bluestone, and vaulted oak ceilings are just a few of the architectural features capturing the imagination of art critics and historians alike. The spires for instance, the shorter of the two is 100’, the taller is 175’. When you look up you see gargoyles, all hand carved stone. They face every direction and are designed to ward off evil. The stone mason was a man from Texas with a very large mustache that was said to wear a 10-gallon hat. He was also said that he offended the ladies of the parish by working on Sundays.

Another aspect of the church design is the cherry stained solid oak ceiling. Also, there is a symbol present everywhere. That symbol is the "Andrew’s Cross" also known as a quadrilateral. It’s all around the church; it is on the ceiling, on the side of the pews, on the walls, and throughout the chapel. It is all over the exterior of the building as well. There are thousands – too many to count, and many have tried.

Each pew is hand carved. When you touch them you can feel the workmanship. The pews pads are original. They were donated in 1896 by the Joseph Horne Dry Goods Department Store. Also, there are numbers on the sides of the pews. In 1895 each family purchased their pew for the year.

Since the first worship service on Christmas Eve in 1893 when the chapel was completed, Calvary has been a treasure nurtured by many. Donors and congregants have contributed to the restoration of the building. The Allegheny Historic Preservation Society (AHPS) led the fundraising efforts to save the building and restore the stained glass windows. AHPS has been integral in preserving the church that congregants and guests enjoy today.

View the Photo Gallery of Our Historical Building 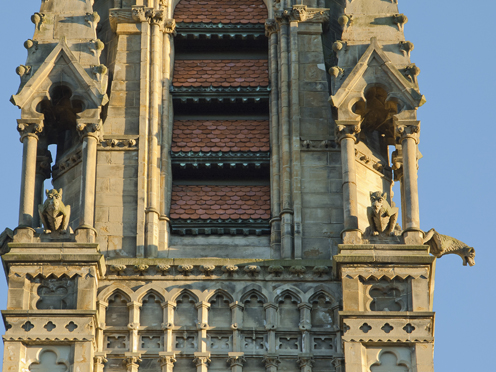 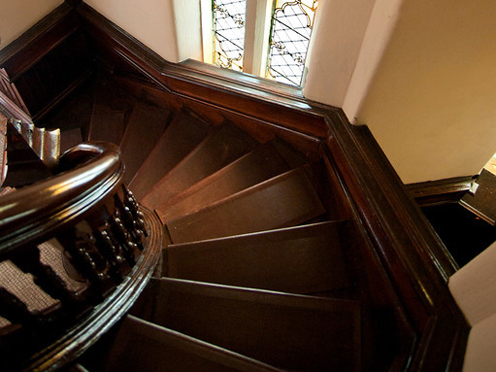 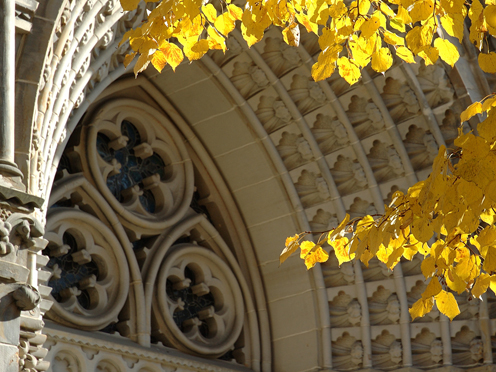